Actually, Lo Lieh Was Not the First Martial Arts Superstar (Bruce Lee Was) 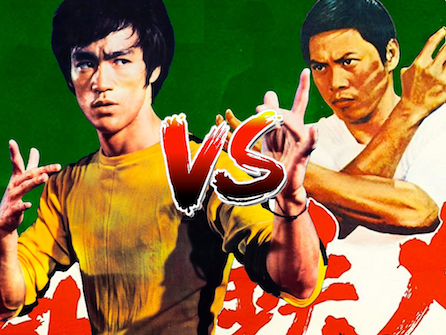 Somebody over at Screenrant wrote a piece of revisionist pop culture history that had me feelin' some type of way. So I let my fingers to the walking.

No blood has been shed, but this "friendly" rebuttal of mine may still leave a few bumps, bruises...and scratches. LOL

So strap your headgear and protective pads on–just to be safe– and then head on over to Medium to read it by clicking here.

Is Spider-Gwen #0 Really Worth the High Prices it's Fetching on eBay? (Nope.) 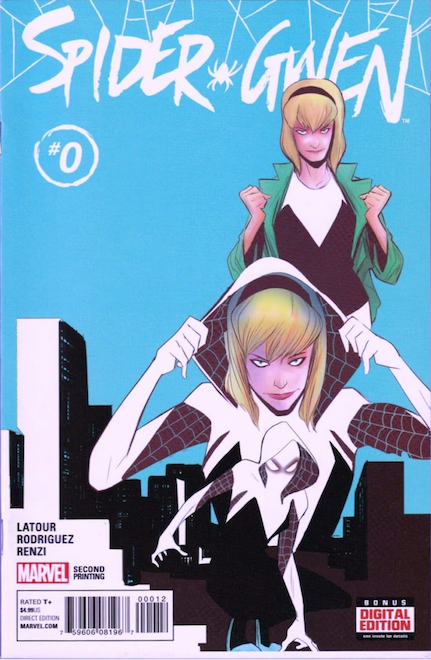 Hey there, True Believers!
Believe it or not, the article that I'm linking here was actually published two years ago.
Regrettably, I didn't share it here because it's a bit more niche, having been written specifically for the comic book collecting community and speculators. So it was shared only thru Facebook.
Because the comic book in question was just being discussed again today in a Facebook group I'm in, I decided to read my piece again. And I realize now that I may have underestimated its broader appeal.
I mean, if I do say so myself, it's some pretty hilarious writing. Really informative, as was intended, but often hilarious, too. I really think I should write like that much more often than I do! LOL
In fact, I've even been thinking about maybe starting another blog devoted mainly to comics 'n' such. And the piece linked here captures the overall vibe I'd like it have when I do finally get around to doing it.
So enjoy this blast from the past! (And glimpse at the future.)
at 8:07 AM No comments: 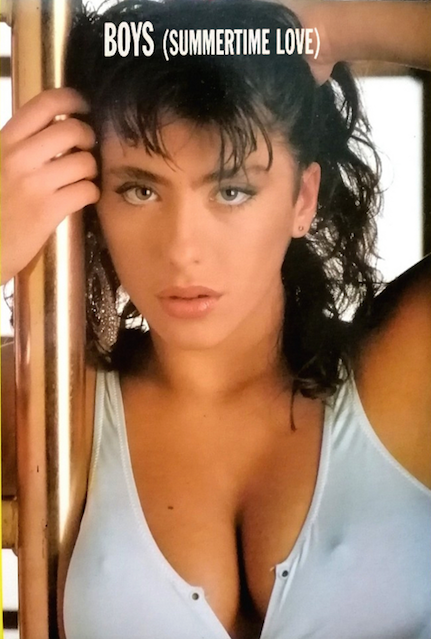 "According to Internet number crunchers, Sabrina Salerno's 1987 music video for 'Boys (Summertime Love)' is one of the all-time most downloaded videos on the web."

Do You Love Harley Quinn? Thank a TV Soap Opera for Her Existence 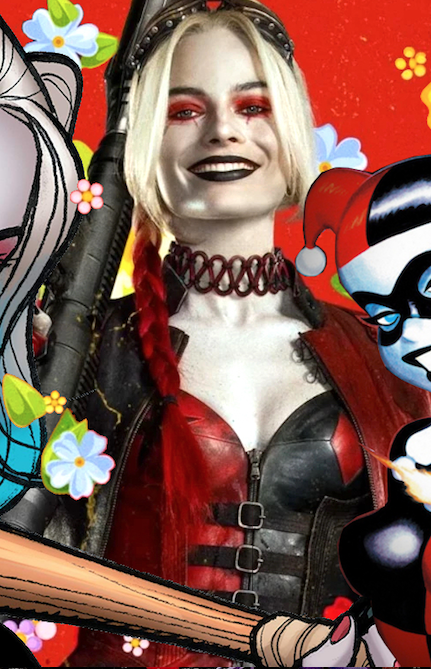 "In the early 1990s, Paul Dini was making a living as a freelance screenwriter on the Kids’ WB cartoon show Batman: The Animated Series. While hashing out story elements for a new episode that would feature Batman villain The Joker and his criminal henchmen, Dini was hit with a novel notion..."
To read all about it, click here.
at 7:26 PM No comments: 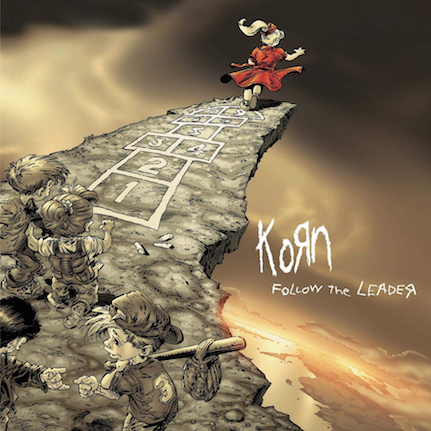 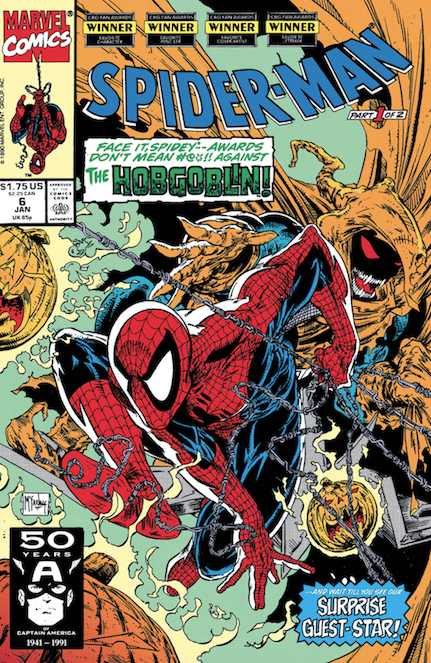 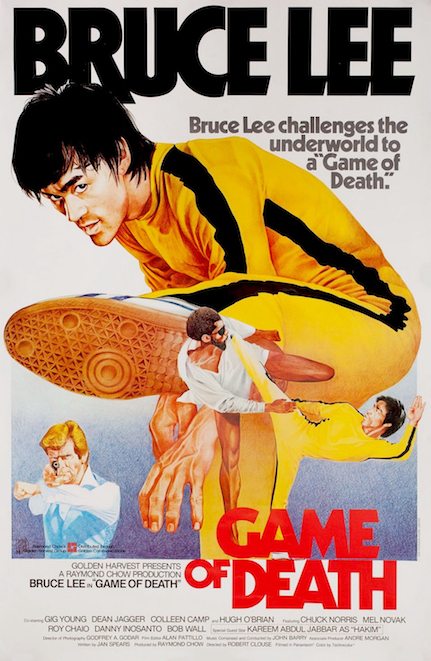 Game of Death, 1978
"Now, before I get into the actual list of martial arts flicks I’ve seen, I’m hereby issuing an Imperial Decree: Anyone who claims to be a fan of martial arts films and hasn’t seen all four of Bruce Lee’s completed works is and henceforth and forthwith forbidden from calling themselves a fan.
It’s fine to say that you like or enjoy martial arts films, but you cannot call yourself a fan, because fandom requires a level of commitment."
A ‘100 Best Martial Arts Movies of All Time’ List That Actually Doesn’t Suck
at 10:13 PM 1 comment: 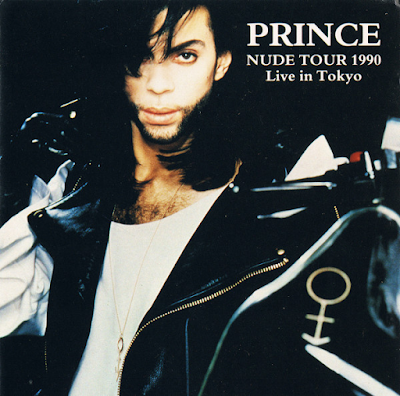 The homie DJ Darrell D over at the God Made Me Funky blog went diggin' in the crates recently to show off five of his most 'favoritest' bootleg Prince bootleg vinyl records of all.
Wait––um...what? Did'ja really just say that you didn't even know that there wuz bootleg Prince records? Well then, prepare to be schooled, grasshopper. Darrell D's got the 411 on these uber rare gems. So press play and also subscribe to his YouTube channel!
at 7:06 PM 1 comment:

And speaking of Prince...

This super dope illustration came through my Facebook feed a few days ago.

Can you guess the song? Of course you can. 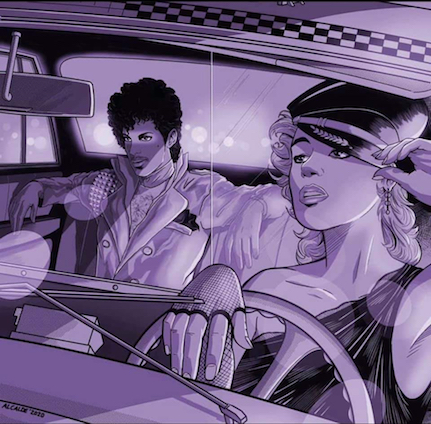 NeoText is a publisher of quality fiction and long-form journalism 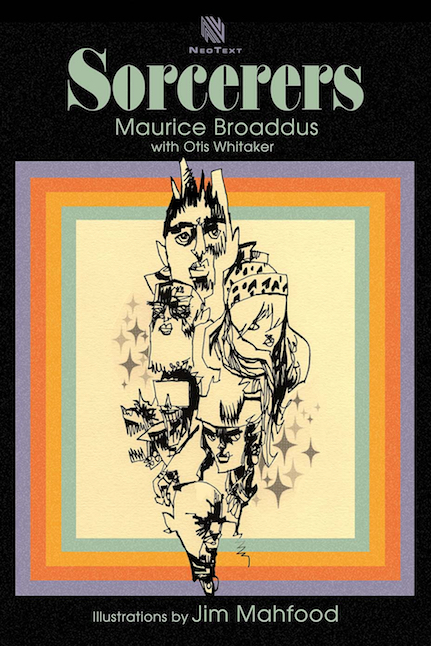 So yeah. The website for the small film studio-related project that I mentioned (in somewhat limited detail) some months back finally launched yesterday. My piece on hip-hop album cover art, which was published to Medium last year, now has a swell 2nd home on the website for NeoText, a new digital publishing venture. My piece is featured as the site's inaugural essay.
The NeoText launch also got a write up on The Hollywood Reporter's site yesterday, which will give ya all the nitty gritty on this new publishing venture that I'm quite happy to be a part of. There's a link to the NeoText site near the end of the Hollywood Reporter article, too, but I've posted hyperlinks above and right below this intro as well. Check 'em both out, eh?

Email ThisBlogThis!Share to TwitterShare to FacebookShare to Pinterest
Labels: NeoText 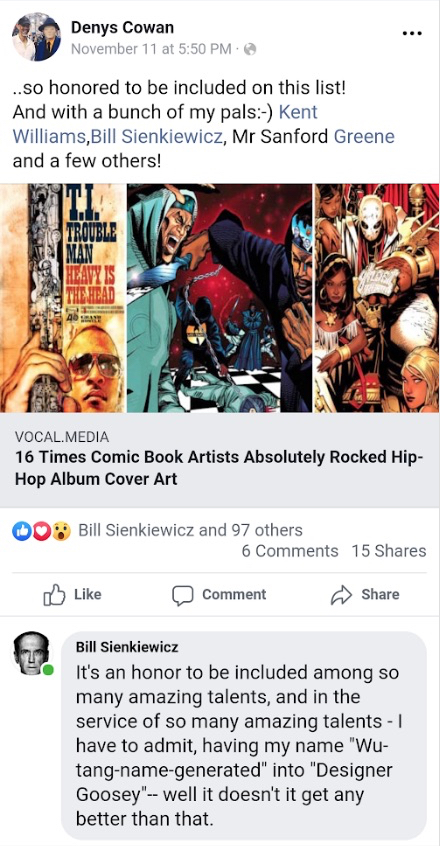 This was cool. And for the life of me, I can't imagine how the heck I forgot to post this Facebook screenshot back in November, when the article was first published on Vocal. But I did. !)

Also, I decided a few days ago to move the article from Vocal over to Medium, so if you're ' for it– you were, perhaps, too busy or too cool to read it the first time–you can find it by clicking here. 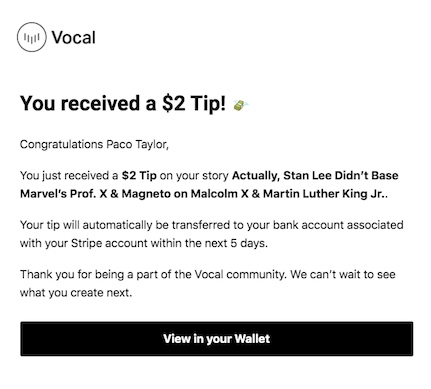 A two dollar tip isn't much, no. But it's the thought that counts, as goes the saying. And it does mean a lot to me when an anonymous reader thinks enough of one of my essays to dig into their "pocket" to send me a tip (it's an option on Vocal but not , sadly). So, anonymous reader, in the immortal words of that old Bartles & James wine cooler commercial, "Thank you for your support." 🤓

I knew that Tiffany Haddish was a nerd... 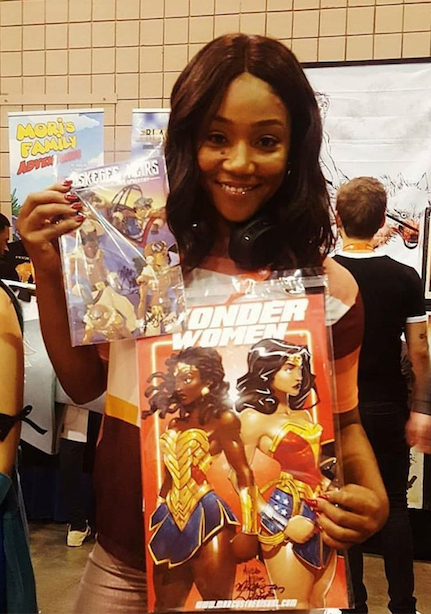 Janina Gavankar: The Way Back (Back, Forth & Forth)

My early- introduction to multi-hyphenate talent Janina Gavankar was her remarkable cover of Kanye's West's "Love Lockdown" back in 2010, which was promptly followed by the stunning music video shared below.

Today, Gavankar opposite Ben Affleck in the recently released film 'The Way Back' (2020).

Admittedly, though, it had been so long since I'd heard her name that I actually had to run a google search to make sure that the singer and the actress were one and the same. The subsequent confirmation made me love the previously posted quote of her comment to co-star Affleck (shared on Facebook) even more:

"I’ve been marginalized for 15 years. There was no way I would get to act across from you in any of these years until now."

As is true for most of those whom we think of as an "overnight" celebrity, Gavankar's star turn didn't happen overnight. She was doing the work while the rest of the world slept. But also working twice as hard, as a brown girl, to earn one of those chances that are too frequently given to someone with half the ability.

Kissed the Girls and Made Them Cry

That moment when you discover – a years after the fact – that Eric Benet’s gorgeous duet with Faith Evans, “Georgy Porgy” (1999), was a cover. And not only that, but that rapper MC Lyte’s “Poor Georgie” (1991) sampled the song that Benet later covered–a soulful 1978 rock song by . And you ' love , but never knew about their OG version until stumbling across it on YouTube just now.
I mean, what the hell? What other musical mysteries are out there ' to bamboozle me? I've strived to knowwell, pretty much everything. But now I'm ' like I don't know up from down! How do people live like this?!?! 😅😭🤣
Updated: While listening to the original version again (about an hour after posting this), it occurred to me that the singing the chorus sounded really familiar. Something about her voice and the way she sings made me think of R&B songstress Cheryl Lynn ("To Be Real," 1978). Sure enough, looking up the song credit's for "Georgy Porgy," Lynn's name is right there
Ah, the balance is restored. 🤓
at 3:33 PM 1 comment:

Email ThisBlogThis!Share to TwitterShare to FacebookShare to Pinterest
Labels: Music


This special dedication is going out to the beautiful Ja'Net DuBois, star of TV's Good Times, film actress, songwriter, and singer of the beloved theme song from The Jeffersons.
Thank you, Queen. Rest in power.
at 7:01 PM No comments:

Today Was A Good Day 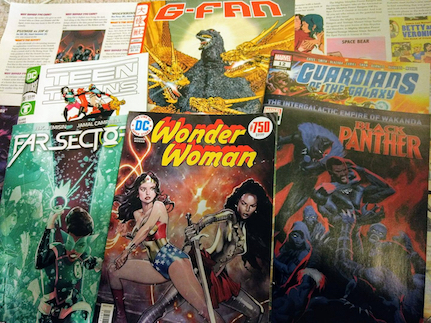 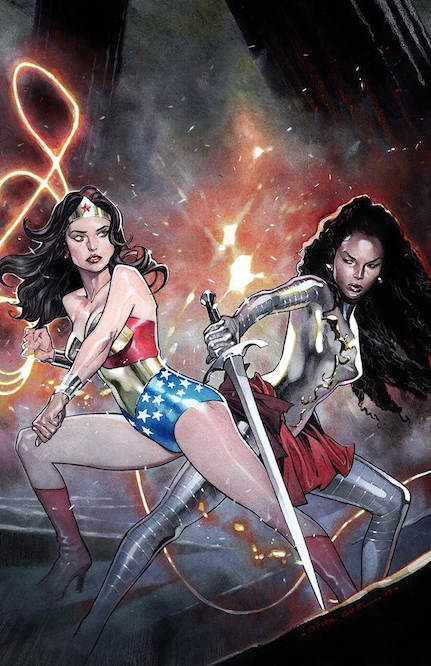 "In recognition of what the good folks at DC Comics very likely find to be a surprising level of adoration for a character they’ve never done much at all with, Nubia has been given the shared spotlight with her sister Diana on one of the many special variant covers created for Wonder Woman #750."
To read all about it, click here.
at 10:05 PM No comments:

The Size Of A Tiny Crater On The Moon [Hotlinked™] 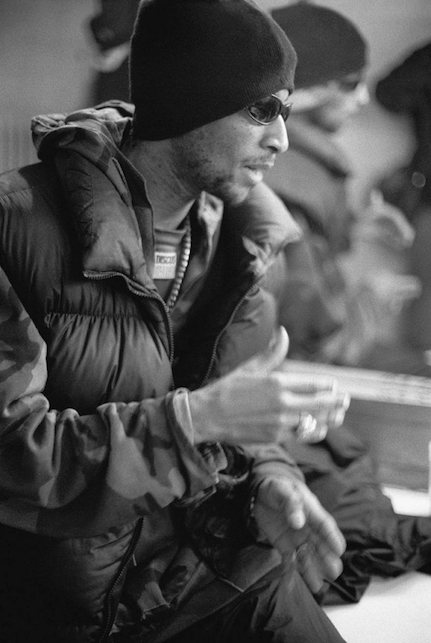 Phase 2 photographed by MikaV
On December 13, 2019, I would read in the news that my hero, Phase 2 (born Michael Lawrence Marrow), had died from the quiet battle he was having with Lou Gehrig’s Disease. He was 64.
The news left me drained. So much so that I couldn’t even write about his death. What should I say? For more than a month, my blog was silent on his passing. But then it dawned on me–finally–that everything I’d want to say was already covered in my unpublished interview questions. So I publish them here now, in fond memory of Phase 2. 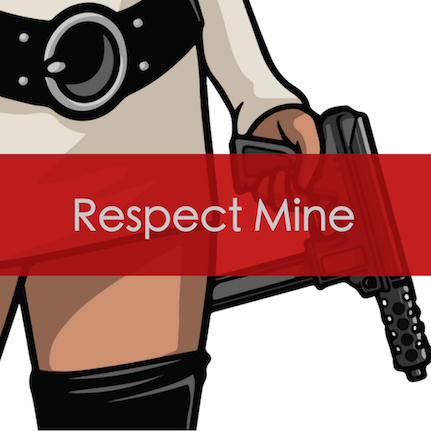 Che Guevara once wrote: “A man must harden himself, but without ever losing his tenderness.” I’m somehow reminded of that as I listen–on repeat–to the - p-hop track “Respect Mine” by OBVIOUS, which strikes a strangely similar balance between both hardness and tenderness. It does it by way of a gritty-voiced sample from a Wu-Tang classic (C.R.E.A.M.) coupled with multiple layers of seductive hords, delicate piano licks, and faithful beats and bass lines. The hypnotic end result, I think, makes this track the perfect addition to YouTube playlists curated for long and solitary night drives through dreaming cityscapes. –

St. Paco
St. Paco writes on walls and draws on bathroom stalls. He has written for Giant Robot magazine and is author and editor of Kung Fu Grip!, In His Image, Octopussy, and other critically acclaimed 'zines. His xeroxed underground publications have been included in zine-related exhibits in Istanbul, San Jose, Baltimore, Halle and other nice places. His publications have also been added to the special collections of New York's Museum of Modern Art/MOMA (Franklin Furnace Artist Book Archive), the Marguerite Duras Public Library of Paris, and the Booklet Library of Tokyo. Artwork produced by this dually talented creator can also be found in a number of private collections, on bus stop shelters, and on the walls of abandoned buildings. Born and raised on the South Side of Chicago, Paco currently lives a very monkish existence in the southwest desert city of Tucson, Arizona, where he dreams of moving to an isolated isle somewhere in the Pacific. Feel free to email an invitation if you're already there, or if you just wanna wax poetic about hip-hop, Asian cult cinema, comics, graffiti art, cultural anthropology (or anything else discussed on his blogs) at stpaco@gmail.com. 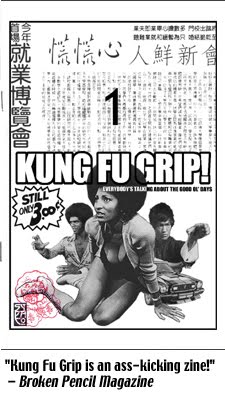 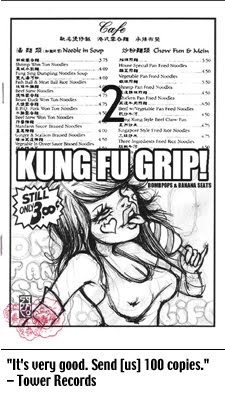 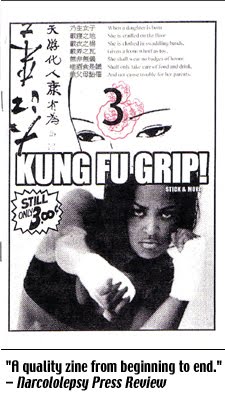 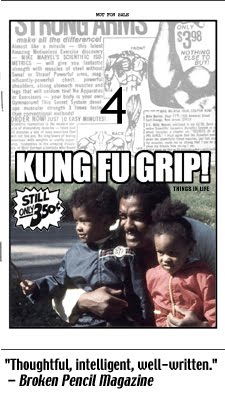 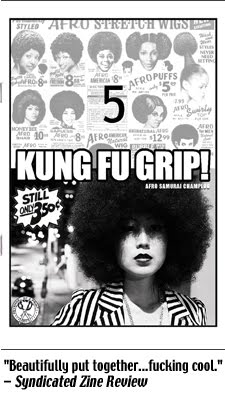 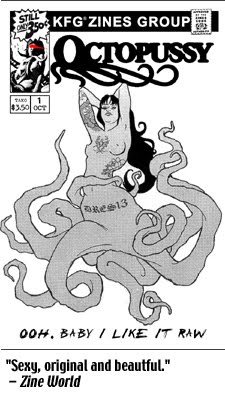 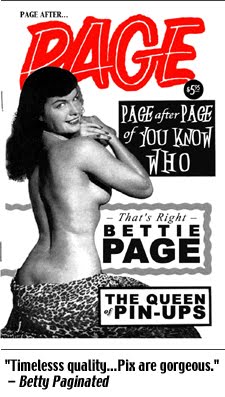 In His Image: Haile Selassie, Bob Marley and the Second Coming of Christ (2005), 56-pgs 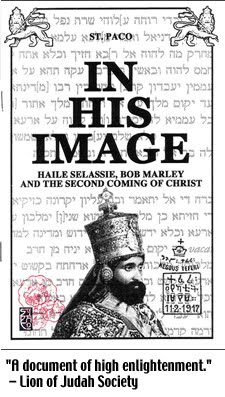 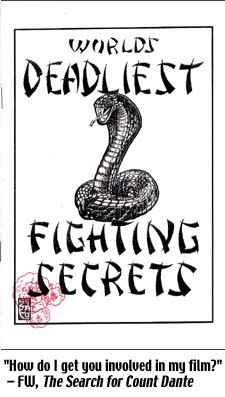 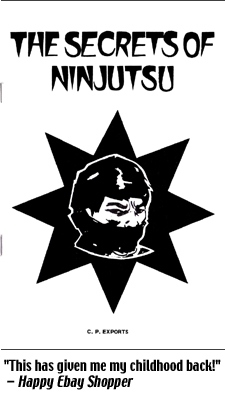